EMC news - An organization that provides help to autistic children received a funding boost recently thanks to a charity golf tournament run by an east-end law firm.

QuickStart - Early Intervention for Autism was founded in 2008 by Suzanne Jacobson to offer potentially autistic children a head start. On July 3, the law firm of Bertschi Orth Smith handed over a cheque for $14,500 to help the organization run its programs.

"We are very grateful for this donation," Jacobson said. "We are a complete volunteer organization and without this support we would not be able to do what we do."

Jacobson learned first hand about the long waits that can be involved with an autism diagnosis when her first grandson, Alexander, began showing signs of delayed development. Inspired by her grandson and determined to not leave any child behind, Jacobson contacted the Ottawa Children's Treatment Centre and within 13 months, QuickStart's Getting Started Services Clinic was born.

One of the law firm's partners, David Bertschi, said it was an important cause to support.

"It is a pleasure for our staff and firm and partners to raise money for a really important cause and a program with direct results," Bertschi said. "(Hearing about) the wait times and the treatment times, it was quite obvious that there was a need to detect and treat children in the National Capital Region who have a diagnosis. These kids are getting diagnosed sooner."

The programs offered through QuickStart don't offer a diagnosis, but begin bringing out a child's potential.

"When a child is showing signs of a developmental delay, it is very important to get in the help right way. It becomes detrimental, becomes ingrained," Jacobson said. "Because most of the children are male, doctors say, 'Well, boys develop slower.' You are scrambling, worrying, and your doctor says 'Let's wait and see.'"

In four years since QuickStart began, the volunteer organization has raised more than $200,000 for the Getting Started Services Clinic. The clinic has seen over 800 children to date, all at no cost to the families. Overall, 75 to 80 per cent of the children who attend the clinic end up being diagnosed with autism.

Jacobson's second grandson, Nathan was also diagnosed with autism, but unlike his older brother, Nathan received help right away.

"There are differences, it is not fair to compare, but I always wonder, in my heart, had we known what we knew to do for Nathan, would it have been different for Alex?" Jacobson said. "And that is hard. And I don't want any other child to have that. And that is the essence (of QuickStart) get them in early give them the opportunities."

At age five, Nathan is no longer in therapy and just completed kindergarten. Jacobson said he is considered a high functioning autistic boy. At the age of eight, Alexander is doing well and is definitely making great gains, she added.

Bertschi said the law firm made the choice to donate to the charity because beyond the help it offers the children, the organization also offers support and programs for the parents to take advantage of.

A respite program for parents of children diagnosed with autism allows parents to take a small getaway at a local hotel.

"Parents are just so grateful," Jacobson said. "The hotel just treats them so well, it gives them time for one another and as much as one could, forget about their troubles for one day, but remain close enough if they need to go home, they can."

The respite program offers daycare while the parents are away.

Jacobson said donations such as the one provided by the law firm are instrumental in helping the small organization grow and build programming such as the respite program.

Over the past two years, the firm has raised $24,800 for the charity through their golf tournament.

A retired civil servant, Jacobson, works day and night for the organization and says she has little time to reflect about how far their charity has come.

"I am always thinking about what we need to do next," Jacobson said. 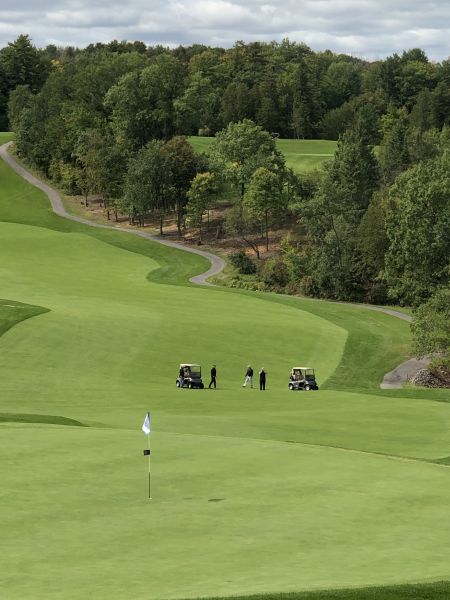 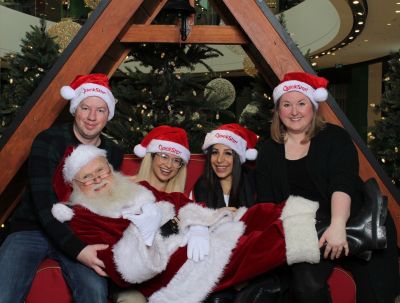