Your help is urgently needed

In the past week FIVE toddlers have been referred to our innovative QuickStart Early Intervention program (formerly called KickStart).

Our charity is funding $4,000 per child and changing the trajectory of the child's development.  Our program is life-changing for the child and the family.

We need your help!

The number of children and families being referred to our QuickStart Early Intervention program has been steadily increasing.  We've gone from being able to see a child in 4 to 6 weeks to now it's 10 to 12 weeks.  It's absolutely wonderful that the children are being referred so young.  Without your help the length of time will continue to increase.

We know waiting for services is detrimental to both the child and the family.
We are a grassroots charity and as many who become involved, Suzanne is touched by autism through her two grandsons.  Her eldest grandson missed out on critical early intervention due to the long provincial wait-times.  Simply put, she didn't want other children to miss out like he did and so began our charity.
All our charity's programs and services are funded through our donors and fundraisers so there is no cost to the families.  We don’t receive any government funding and Suzanne donates all her time to operate our charity so more funding goes to the children and their families.
We are especially proud of our innovative and life-changing program called KickStart, however we offer much more.
Here’s what our charity was able to do last year thanks to our generous supporters!
From two families:

1. A parent: “Prior to receiving this funding through your charity, we were one of the many families stuck in what can best be described as an abyss of unknowns, fearing the worse and not knowing where to turn for help for our child. The diagnostic assessment itself was financially out of reach and we were lost without it. Although it was the hardest thing to learn, the assessment provided us with much-needed direction. We were equipped with a reason as to why we were seeing the signs we had been (seeing) and an understanding that early intervention is not as out of reach as we feared. The KickStart intervention program has opened our mind to avenues we did not consider before and would not have without your charity's help. We use the strategies we learn diligently and already see a positive difference in our son’s life.”
2. We are a family in Ottawa who have 2 boys under the age of four with ASD. They were fortunate enough to be able to go through QuickStart's Kickstart Program which has made a huge positive impact on all of our lives.
Early intervention is so important, and as many parents of children with ASD know, there aren't very many options out there. Most options include an incredibly long wait list, or the parents have to pay for private therapy which would cost thousands of dollars.
Within 2 months of diagnosing both of our sons with ASD, QuickStart had them in an early intervention program called KickStart that included Occupational Therapy, Speech Therapy and a Parent Coach. This was at absolutely no cost to us and it provided our children with therapy that has helped them to learn new skills and has taught us to follow through on the therapy at home through parent coaching. There isn't anything out there like this. My youngest son, who is 20 months old, was not speaking at all when he started the program, within 3 months, he now has more than 25 words and is starting to put 2 words together. The parent coach also gave me the tools to prepare my eldest son for JK in September. We continue to implement socialization and imagination skills that we were coached on during the Kickstart program.
We are incredibly grateful to QuickStart and to the people that support this amazing early intervention program. We cannot express in words how much this has changed our lives! Thank you!
Catherine & Derek 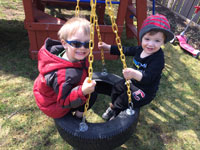 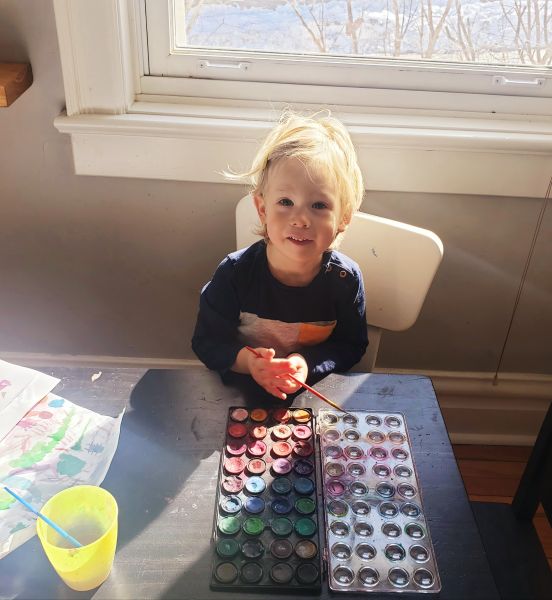